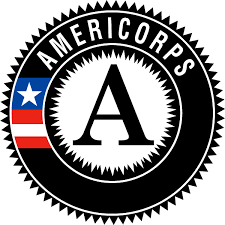 So I started work with AmeriCorps and the Boys & Girls Club of Utah a few months back.  My job is to help teach STEM (Science, Technology, Engineering, and Math) in the schools as a teacher’s aide.

The first few weeks I just sat and smiled in an avuncular way at the kids, while Jeff ran things with experiments like Alka-Seltzer rockets and how to make a paper boat float.  He is a real dynamo, and when his university class schedule changed and wouldn’t allow him to continue leading the Club I had to step into his shoes.

I’m not sure I’m doing as well as he did.  He had a natural aura of command and an air of superior knowledge that awed me as well as the kids.

When I took over I was supposed to have an assistant, but he didn’t show up.  So I’m doing the whole thing myself.  It’s only a half hour, Tuesdays through Fridays, and each afternoon is a different set of kids – so I only need one new science project a week.  Thank goodness!

Only, most of them did not know how to flip a coin – so the nickels went flying all over the classroom.  I told them in the sternest voice I could muster that they’d have to pay me back if they lost any.  The coins continued to whiz through the air like miniature flying saucers.

Before they started flipping I told them, with a broad wink and tongue firmly in cheek, that I fully expected that each pair would come up with Heads 10 times and Tails 10 times.  This, of course, was a red herring, a jape, a piece of bunkum that I assumed the children would know could not hold up in a real demonstration.

I was wrong.  Either they had been so well indoctrinated by their teachers, or so intimidated by my presence, that they ‘fixed’ the results of their tosses so that it was Heads 50% and Tails 50%.

Yikes!  I quickly had them do it over again, and this time I emphasized that it SHOULD come up as a random ratio – NOT fifty-fifty.

It went better the second time, although two of the pairs still came up with a 50/50 ratio – and were then hesitant to tell me about it.

But it all worked out in the end, and now those children realize that if you flip a nickel 20 times you can get any number of different ratios – plus they also learned that if they ‘lost’ their nickel Mr. Torkildson would not really make them pay it back. 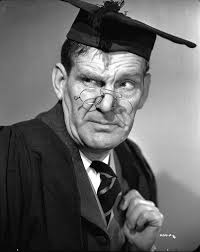 Climate change is something that is proven beyond doubt,

But the cause behind it causes folk to scream and shout.

Educators in the middle of this brawl are caught;

No matter what they say or do, integrity is shot.

The cycles of Milankovitch are no help to the scholar

In rising over schoolboards that are floundering in squalor.

In the proverb warning that too many chefs make froth.

When it comes to subjects like the role of fossil fuel.

Hobbling of teachers is as old as rude plainchant —

The Pope made Galileo all his teachings to recant.

When it’s time to pick a college while you’re in high school,

Just remember to be guided by this golden rule:

Your counselor’s distracted and harassed beyond all measure,

And you are not their sole concern or their shining treasure.

Get used to the assembly line approach to education

In this sprawling, careless and eternal busy nation.

A form letter is all you’ll get, if needed for admission.

And go online all by yourself to see about tuition.

Of course if you’ve got money then all doors for you swing wide;

You will find a dozen folks who compete to be your guide.

But if you’re not a genius or a football star – and broke,

User-friendly colleges to you are just a joke.

I am a high school student here in Sandy, USA.

But I am cheated of the skills to work and make good pay!

I turn my homework in on time, with never an excuse;

Now why would an employer want to hire such a goose?

We all know that excuses, temporizing, are what’s needed

In ev’ry corporation that is rated as top-seeded.

Hard liquor will I never touch, nor any glass of beer;

I cannot ever socialize with gentile working peer.

I’m honest as the day is long, I never tell a lie.

My boss will find I’m unbending as sturdy Captain Bligh.

I guess I’ll go to college to validate my view,

And then teach lower classmen at good old BYU.

No diaper-changing races or some food fight archery.

Instead there is a steady stream of “How-to” foofaraw

That comes from so-called experts like a terrorist’s fatwa.

Tiger mothers scramble to make childhood such a burden

That it rivals horrors found in battles such as Verdun.

Others spoil the kiddies and allow them ev’ry chance

To never find maturity but stay in their short pants.

I feel an awful itching to pontificate as well,

But think it all the wiser my childrearing stuff to quell.

Perhaps my father said it best, when he wrote me by mail:

“I don’t care what you do in life, if you stay out of jail.”

Speaking as a teacher, I say testing all the time

We cram the heads of children with a template, not for knowledge,

But to drive them forward like a mule train pulling haulage.

Testing is a sterile path that leads but to stagnation

Of ambition, scholarship and most imagination.

Education shouldn’t be an everlasting chore

In pursuit of standardized and meaningless test score.

Testing is a method, one of many that’s designed

And turned it into something made by Baron Frankenstein!

Want to attend college for free? It can happen if you learn German.

All German universities are now free to Americans and all other international students. The last German state to charge tuition at its universities struck down the fees this week.

Even before Germany abolished college tuition for all students, the price was a steal. Typically semester fees were around $630. What’s more, German students receive many perks including discounts for food, clothing and events, as well as inexpensive or even free transportation.

In explaining why Germany made this move, Dorothee Stapelfeldt, a Hamburg senator, called tuition fees “unjust” and added that “they discourage young people who do not have a traditional academic family background from taking up study. It is a core task of politics to ensure that young women and men can study with a high quality standard free of charge in Germany.”

Actually, German universities were free up until 2006 when they started charging tuition. That triggered such a crush of criticism that German states began phasing out this policy. Lower Saxony was the last holdout.

It’s too bad that politicians in the U.S. don’t feel that a college education is worth supporting appropriately. State aid to the nation’s public universities took a nosedive during the 2008 recession and education funding remains well below those levels. The average state is spending 23 percent less per student than before the recession, according to a report by the Center on Budget and Policy Priorities.

Actually, state support has been declining for public universities for a quarter of a century. Using an interactive tool from The Chronicle of Higher Education, you can see how state government subsidies have cratered at individual institutions.

With the average undergrad borrower now leaving school with more than $29,000 in debt, the free ride in Germany can look awfully tempting.

How to handle the language barrier

German is not an easy language to learn. Fortunately, however, there are international language programs in Germany, which have become very popular with international students before they tackle obtaining a degree in a different language.

What’s more, an increasing number of German universities are offering degrees in English. These are often called international studies programs or in some other way have the word international in their title.