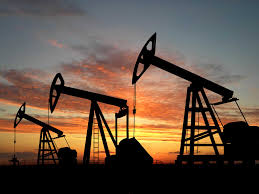 (Inspired by an article by Julie Bosman)

A stranger came to Bismarck, dressed in robes of silk exotic.

He settled near the legislature, where things were psychotic.

The solons were debating would the price of oil still drop

After they went home to feed the chickens and hogs slop?

The stranger introduced himself as ‘Swami Bupkis Benny’;

He claimed he could predict the price of oil, down to the penny.

Should the legislators wish his services to hire

He would gladly part the mists their questions to enquire.

The lawmakers were skeptical of the Swami’s powers.

They debated back and forth for many weary hours.

And said “We might as well give him a try – what is the fee?”

With flute and gong he called up imps and many eldritch gleams.

With incense and a pixie stick he trolled the vasty deep,

And didn’t pause to eat or drink or take his ease in sleep.

At last the spirits left him, pretty limp and all worn out.

He had been on an astral plane, of this there was no doubt.

After a big meal, a fine cigar, and sev’ral naps,

He said “Please gather round me, all you ladies and fine chaps!”

“Here is what the future holds for North Dakota oil;”

“The price will waver up and down like water on the boil.”

“Do not become dependent on this resource that’s so flighty.”

“Tend your cows and chickens, let the land in sweetness lie.”

“Raise your wheat and children to look up into the sky.”

“These oily fossil relics are not meant to be disturbed.”

“Your dreams of easy riches must be muzzled, must be curbed.”

The legislators heard him out, then with an awful whoop

They put a rope around his neck and tied it in a loop.

They said “Have you fed chickens and milked cows while it is dark?”

“Can you think farming this cruel land like strolling in the park?”

“We’d rather gamble on the price of oil than winter wheat,”

“Which freezes in the ground or waits for grasshoppers to eat!”

And so they hung the Swami by his neck and danced a jig,

And kept on bowing down before the derrick and oil rig.